After introducing its patented Nanolayer capable Die Technology at NPE 2012, Alpha Marathon will be showcasing the advancements with this technology over the past three years at Plast 2015 - May 5-9.

A full size 2X die garnered a lot of attention at NPE 2015, showcasing the mature evolution of the innovative 1X die that was first introduced at NPE 2012.

With Blow-Up Ratios easily achievable in excess of 5 times, a 2X die is capable of lay-flats over 13 feet.

It builds on the now well understood and proven principle that increasing the layer structure of plastic films creates great opportunities for improving their mechanical and barrier properties while also reducing input resin and other production costs.

Our "LSR" Technology is based on an innovative new approach to die design and construction that creates film structures from 25 up to 200 discrete layers – creating never before seen film properties.

The secret is the ability to create and inter-weave layers that are less than a micron thick. These "Nano-Layers" have unique physical and mechanical characteristics that allow them to combine with other resins in new and important ways.

Prime applications for Alpha's Nano-Layer and Glacier technologies include: 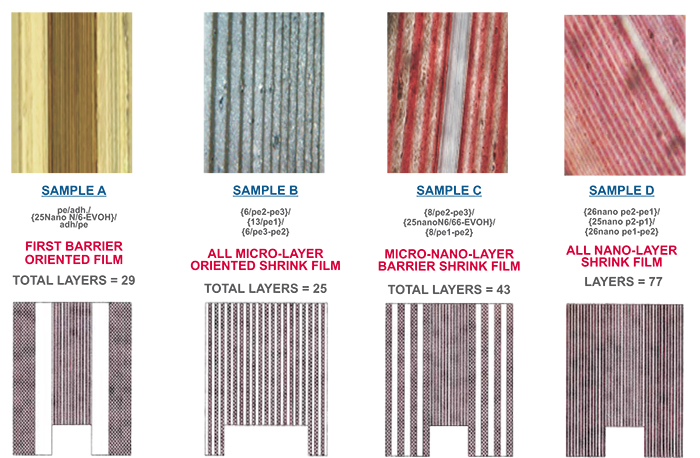